The History of Maruti Alto Maruti Alto is an all-time favourite hatchback in India. The journey of Alto starts in India by 27th September 2000 and from the date, Alto has gone through many iterations and still a successfully running model on the Indian roads. The first generation of Maruti Alto is the Indian built version of the 5th generation Alto by Maruti Suzuki.

The history of Alto starts with the Japanese carmaker Suzuki in 1979. Suzuki built Alto under Kei (Japanese vehicle category for small highway passenger automobiles) The Alto now available in the market is the eighth generation of Alto. From the beginning, the USP(Unique Selling Point) of Alto is low price and high fuel economy.

Before going into the details of the Alto and its history, let us have a bird's view on the creator of Alto The Suzuki.

Now, we can have to drive through the generations of Suzuki Alto The first generation was introduced in May 1979 and was a 3 door cargo version of the Fronte( Sedan model of Suzulight van, introduced in 1962) model with a folding rear seat. Alto was powered with a T5B two-stroke 539 cc engine with 3 cylinders and produced a power output of 21 kW at 5500 rpm. Alto was a sensation and a market success with its low price. The second generation of Alto was introduced in September 1984. The design was from the famous GM M- platform and has a power output of 47 kW. The 2nd gen Alto was the first five-door commercial in japan of its kind and was available with foldable rear seats. The third generation of Alto hit the roads in September 1988. This was the last model of Alto associated with the Fronte model. The main attraction of the model was its sliding door on the driver side. The fourth generation of Alto was introduced in November 1994. By the introduction of Wagon R, Alto had lost a major market share. So when came up with the 4th generation, the design concept was to stick with simplicity as of a basic car. They were not exported and instead the time Indian built Maruti Zen was exported to foreign market under Alto Badge. The sixth generation of Alto was introduced in 2004. There was a visible design change along with upgrades. The bonnet and headlamps were curved down at the front and were given the looks of a cute little car. The seventh-generation was first introduced in the Tokyo Motor Show 2009. It was equipped with a 660cc engine with a 5-speed manual and 4-speed automatic transmission option.

The eighth generation of Alto introduced in Japan in 2014 with a handful of enhancements. The design was of retro and with a reduced weight of around 60 kg compared to the previous generation. Suzuki had introduced a new technology named “Suzuki green technology” for the body and engine to achieve better fuel efficiency. The 8th generation Alto claims a mileage of 37 kmpl.

From the 5th generation Alto, the Indian built Maruti Alto was born. Let us have a look at the Maruti Alto and its upgrades and facelifts happened.

The 1st generation of Maruti Alto was introduced on 27th September 2000. This model was inspired by the 5th generation of Suzuki Alto

The second generation of Maruti Alto was introduced on 16th October 2012. The 2nd generation came up with a new name as Alto 800. This was a total revamped model both internally and externally. Alto 800 completely replaced the first generation Alto out of the market. The new Maruti Alto 800 comes with an improved fuel efficiency of 24.7 kmpl. 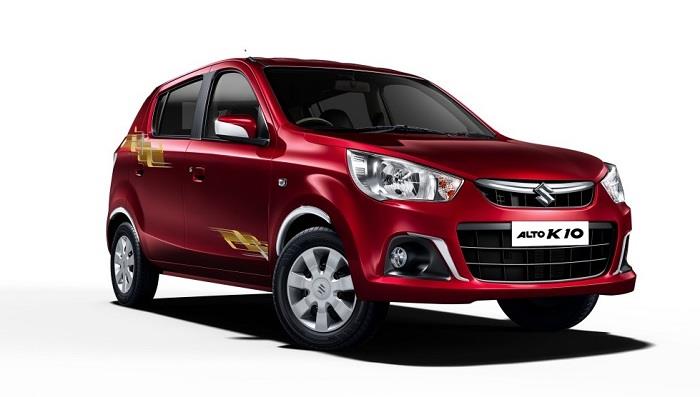 In 2015 Alto k10 is introduced in the Indian market with a 1.0-liter K10B engine with better performance and fuel economy. The Alto K10 facelift is available with a 5-speed manual and automatic transmission types.

As the BS6 norms are rolling out by 2020, hope Maruti will come up with the popular model with required changes.

Automatic Cars vs Manual Cars: Pros And Cons Things To Know Before Buying A New Car In 2023 Maruti Suzuki Ertiga Vs XL6: Which Should You Buy? Tips To Save Fuel Money on Road Trips Which Car Should You Buy: Petrol or Diesel?

Top 6 Cars to buy for Beginners and Young Drivers Everything You Need to Know Before Buying Your Car Seat Covers The History of Maruti Alto Difference between Petrol, Diesel and CNG engine Difference between car models available in India
CUSTOMER SERVICE